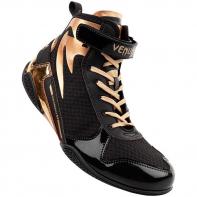 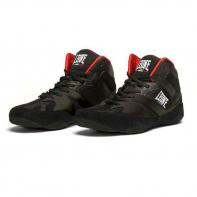 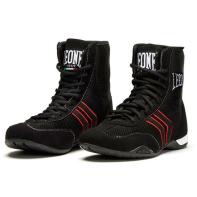 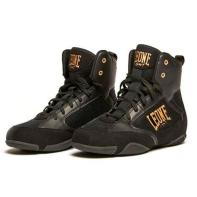 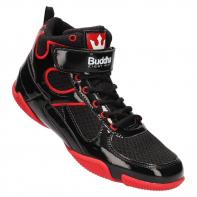 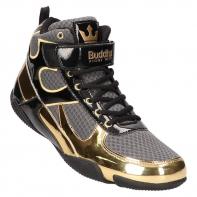 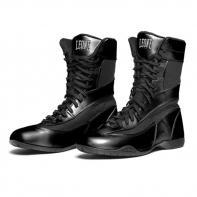 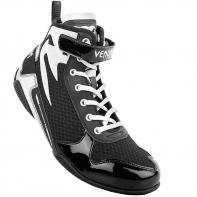 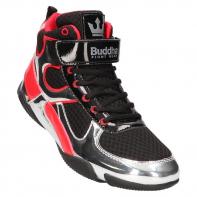 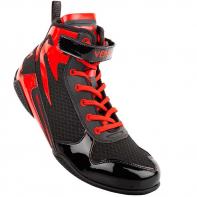 149,95€
414242,54344
12[Next >>]
Boxing boots are very important to train comfortably and do not suffer injuries, in our catalog you will find all kinds of boxing shoes, from boxing shoes for initiation to boots for professionals

You can choose high top boxing boots, which will give more support to the ankle or lower sneakers type fighting boots, available both for training and competition, in good boxing boots the necessary support begins to throw good blows

How to choose boxing boots?
Boxing boots are one more complement when practicing boxing, an accessory that helps to have greater comfort and convenience in the ring. As with all sports, footwear for boxing also has its peculiarities.

We will detail what are the differences with other types of sneakers and what we should look at to choose boxing boots:

Boot type footwear
When referring to boxing shoes, one always talks about boots. This is so because its shape is typical of a boot, raised to the shin area, although it can be found at various heights.

This certain height allows the foot and ankle to feel much safer, to have more support to avoid unwanted movements and to have greater stability.

Quality material
Hours and hours will be spent on the boots, both training and competition. Therefore, it is more than convenient that they are made with quality materials.

For this type of footwear, materials such as leather or leather are chosen. In addition, it is necessary that they facilitate perspiration so that a high temperature is not reached and they can be sustained for hours.

Boots with protection
It is another feature that makes them different from other sneakers for other sports. Boxing boots include protective foam in different areas. Thus, they become one more element of protection during boxing.

When trying out some of our boxing boots, we can feel that they may be a little small. This occurs because they are really adapted to the shape of the foot. In addition, they can then be further adjusted with the laces or the adjustment system that the boot has.

Boot sole
The sole is another characteristic to look at when choosing a boot. A good sole should prevent slippage and allow some grip on the surface. These boots are said to be non-slip, but at the same time allow freedom of movement on the ring for the boxer.

With the passage of time, this grip can be diminished by its wear and continuous friction against the ground. This will be one of the reasons that will indicate that it is necessary to change boots.

Freedom of movement
Boxing boots should be the opposite of stiff. During practice, there is a lot of movement in the feet and boots need to be flexible to allow them to take place.

A boxer will feel really uncomfortable if his boots do not slip or allow him to move "at will". The boots must be flexible and ensure that you can move around with them without problem.

In short, some boxing boots should make you feel that you are not wearing anything on your foot, but at the same time guarantee your protection. When finding the boxing boots with which to feel really comfortable, the following will surely be of the same model.

WHY TO BUY IN

We need you to provide us with your e-mail to do some checks.

What is your email?

You can process the change directly from your account

To proceed with this, we need you to enter your user account, select your order and change the address.

Go to the address change section

Send us a WhatsApp